How Vegan Diet Helped Me Heal My Stomach Ulcers

When I was down with stomach ulcers, the Vegan diet helped me back to my feet.

What Is a Vegan Diet?

The assumption is never my cup of tea. I’m aware that nowadays the Vegan Diet is very popular in many parts of the world. In fact it is one of the best ways people are using to keep away chronic ailments. Yet I cannot assume that everybody knows what Vegan diet is all about.

Are you one of those who don’t fully comprehend what the Vegan diet is about?

I’m happy to take you through.

Vegan Diet basically refers to a strict vegetarian diet that completely excludes animal products as well as animal-based ingredients. This way of dieting is referred to as veganism. And Vegans are the people who enjoy this type of diet.

Why I Opted For Vegan Diet

Today I write about a Vegan Diet with passion as though I was born into a Vegan family. Yet, NO.  I’m not from Vegan background, and I’d never been Vegan. I only learned about veganism and the enormous benefits of it some years back when I was down with stomach ulcers. And ever since I have never ceased enjoying the Vegan diet.

But before I dive into the really vegan magical benefits, let me familiarize you with stomach ulcers.

What Is Stomach Ulcers? —(You May Wonder)

Stomach ulcers, also known as Gastric ulcers are sores that develop in the lining of the stomach. This can be a result of many factors. The main culprits here include Helicobacter pylori bacteria (H. Pylori) infection, frequent use of anti-inflammatory drugs such as ibuprofen and aspirin, stressful lifestyle, smoking, excess alcohol consumption, among others.

While there is a conventional medication for treating stomach ulcers, this method of medication largely results in negative side effects. I have personally experienced headaches, diarrhea, and hangovers all the time I used this type of medication.

But the most disapproving thing is that this conventional medication never cured my stomach ulcers! That is why today I believe conventional medicines largely pain relievers rather than cures (referring to my case).

And this is why eventually when the medication seemed to hit a snag, I went my way to search for alternative remedies on the internet which I believed would bring me a lasting solution.

How I Learned About Vegan Diet & Its Benefits

As earlier mentioned, I initially didn’t even know what the Vegan Diet was all about. I only encountered this Vegan thing while I was exploring the internet searching for what could help me out of my stomach ulcer predicament.  I dreaded that staying with stomach ulcers for long could easily develop cancerous.

And for sure when I encountered the Vegan diet, it became handy in my stomach ulcer healing process.

But before I dig in, first, worth mentioning here is:

The Complexity Of What Was My Stomach Ulcers Plight.

I am perfectly one of those who were ignorant till the hour I discovered the Vegan Diet, which became handy in healing my stomach ulcers that had grown chronic overtime.

Let me take you through my story (it is not as simple as you may think, yet it may help you too).

The Long Journey of My Stomach Ulcers

Stomach ulcer disease is the worst health condition that I have ever experienced. Whenever I sit down before my computer to write about matters of health, I first remember the worst experiences that the stomach ulcers led me through.

A few to mention are the dreadful surgical operations I underwent in the year 2007 at St. Mary’s Mission Hospital, Nairobi as my stomach ulcer treatment endeavor.

But to my disappointment, the surgery never marked the end of my stomach ulcers woos.  —Yeah, it was not in vain. This is because the situation improved somewhat. But some few months later, it came again —reloaded.

In fact, it grew worse some three years later, and I was forced to undergo yet another dreadful surgical operation known as endoscopy. This was not once, but twice, in the years 2011 and 2015.

But despite the prolonged use of medicines that followed the endoscopy operations, it was of little help in alleviating my stomach ulcer plight.

The Discovery of Vegan Diet

I remember vividly one Monday afternoon. I had spent three days in the hospital bed at a local County hospital due to the worsened stomach ulcer case. At last, the doctor pronounced me improved enough to leave the hospital, —but to continue with my endless medication at home.

Before I left the hospital, I was led to the office of a hospital nutritionist who was to advise me on what to eat and my general lifestyle to contain my ulcer situation.

I sat intently, listening to the gentleman who sat upright, clad in snow-white dust coat. His eyes behind clear specs were clear white too. And he seemed up to the task.

What Did I Learn From The Office?

It was a surprise! I just learned that some so-called nutritionists are never the best advisers about stomach ulcers matters, — (or was he a stranger in the nutrition office!)

The only thing I learned was that I eat virtually every food available but in small quantities.

Yes. I tried to frame my questions, properly tailored towards the info which could be helpful to my situation, but he didn’t yield any helpful advice.

I expected to hear advice concerning food that irritates the ulcers, food that may aid in healing ulcers, food that generally make the body acidic or alkaline, and hence out of it, solid advice on how to choose a large proportion of food that is alkaline or such lineage info.

But it was a small shock for me to learn almost nothing from the cozy nutrition office. And so having spent about 25 boring minutes, at last, I got out of the “Nutrition room” a very confused stomach ulcer patient.

Vegan Based Food I Used To Stomach Ulcers

While I was pondering about the next positive move as the remnant of the useless info from the nutrition room still disturbed my mind, I remembered one word: Google. And my mind cleared. I remembered that of late Google is a powerhouse of every kind of information…

And so when I got home I did nothing better than heading to the internet. I was only so lucky because I own a cyber café and I knew the internet was not a big issue.

So while I was digging around for the answers about my Stomach ulcer predicament, I came across some kind of keyword, “Vegan Diet”, and with it, it came to a solution to my stomach ulcers.

Here is the list of selected vegan based food I used to promote my stomach ulcers healing:

Vitamin A Vegan Diet Based Greens

I dug around and found that vitamin “A” promotes mucus production in the gastrointestinal tract. This prevents the acid which is produced for digestion purposes from irritating and further eroding the sores in the stomach.

Hence, I went specifically for high vitamin A foods which included dark green vegetables namely kales, collards, and spinach. Besides, I included sweet potatoes and carrots to complete the Vitamin A diet.

I learned that Fiber is easily the leading healing agent and provides the general health of the digestive tract. From research, I learned that this high-fiber food is basically found in a vegan diet. So readily available in my area and considering suitability for my Stomach ulcers’ situation the following list, in addition to the vegetable list above frequented my table:

Digging deep online, I discovered that an agent known as ascorbic acid found in vitamin c promotes healing gastric sores as well as protection of the gastric mucosa from erosion and irritation.

Therefore, to get enough Vitamin C, I incorporated Brussels sprouts, broccoli, watermelon, and pawpaw in my diet.

Flavonoid basically refers to a useful group of plant chemicals found in vegetables and fruits. They are also known as phytonutrients.  Examples of flavonoids include quercetin, kaempferol, and carotenoids. Apart from the beauty of giving the color to vegetables, flavonoid has the quality of warding off chronic gastritis and inhibiting the growth of H. Pylori which otherwise is the bacteria responsible for most of the stomach ulcer cases.

How Long Did I Use Vegan Diet To Heal Stomach Ulcers?

I know many would like to hear fast healing stories. Perhaps overnight. But the truth of the matter is for such chronic stomach ulcers, which had cost me a surgical operation and twice awful endoscopy operations cannot be overcome overnight. If you happen be going through such a stomach ulcer predicament, prepare to go a long way. It took me about three months to heal. Yours can be less or more depending on the depth of your Stomach ulcer plight and strictness you take towards the Vegan diet.

The use of a vegan diet to heal stomach ulcers is real. I have used it myself. But it requires total discipline in its use. Nonetheless mixing it with animal diet will let you down. You won’t get the same results with such a mix.

It is only upon attaining full recovery that you may contemplate assuming your previous dieting. But for me, I decided to stick to the vegan diet because my research showed me a lot of nutrition value in this type of dieting. And above all other than being delicious, I have discovered that it prevents many chronic diseases other than stomach ulcers. 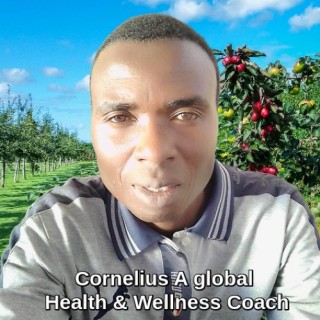