Cancer is not only taking over the world as the number one killer disease, but it is precisely making mankind an endangered species! The rate at which cancer is taking away lives, is evidence that it will wipe out mankind in the near future, or, so I believe. while I air this as my sincere observation, some people see it as a ballooned out pandemic statement. But residents of Kenya or such like regions that are hit hard by cancer know that I am simply saying what is on the ground.

In fact, at this particular juncture, it is befitting to refer to me simply as “whistle-blower”.

The Alarming Rate Cancer is Making  Mankind An Endangered Species

The Alarming Rate Cancer is Making Mankind An Endangered Species

Where I reside, —Bungoma County, Kenya, almost every single day witnesses deaths caused by cancer. In fact nowadays whenever sad news of death is announced, the first question on anybody’s lips is:

Is it Cancer again?

The latest reports indicate that by the end of the Century, Cancer will be the Number 1 killer of mankind globally, and the single biggest barrier to an increase in our life expectancy. Definitely this is not my own statement; it is a new report released by the World Health Organization’s International Agency for Research on Cancer, and it was captured by CNN.

It is therefore evident that the rate at which cancer is killing people, and its new cases are on a steady rise in most parts of the world. This leaves us wondering: how long is cancer going to make mankind an endangered species? Or even worse: how soon is it going to wipe out the entire humanity on the face of the earth?

What do you think?

Smoking Makes One Prone to Cancer

Research points at the huge increase in cancer cases to a similarly huge degree of people’s IGNORANCE about the causes of cancer disease. Thus, countries and regions with strong public awareness campaigns have recorded positive results in their war against the deadly disease. Unlike other diseases like HIV/AIDS whose transmission modes are easily noted, and equally easily escaped, cancer catches many people unawares! And here are the reasons why:

From a few points above you can easily note that unlike some diseases like HIV/AIDS which you can easily escape because the definite modes that bring it are laid bare — are known and can easily be avoided, the exact causes of Cancer are very technical and seriously hidden. And therefore it needs health professionals to generously pass any helpful information to the public in order to reduce the chances of catching the disease.

The seriousness, audacity, and aggressiveness with which an invaded government goes out to fight the attacking enemy should be depicted in any Nation’s war against Cancer. Unfortunately many governments deal with cancer so casually, — even with full knowledge that Cancer kills more citizens than any human invaders, and or physical wars that have ever engaged in.

Therefore, to slow down or stop the new cancer cases which are making mankind an Endangered Species, governments should design policies to educate its citizens and strongly enhance campaign with public awareness pertaining to cancer causes, and the ways to avoid the Cancer drivers. The need for early clinical check-ups for timely detection of Cancer is also essential info that is required to be embedded even in regular school curricula in order to realize positive results in the war against the cancer scourge.

The Main Causes of Cancer

The Current State of Cancer In Kenya (Case study)

There are three cases that have left me nervous about the state of cancer in Kenya, —and seemingly across the world. These cases are definitely the reason why I am awake from “blame mode” and instead, decided to put down this “alarm shout-out” article in an endeavor to save mankind from imminent extinction.

Certainly, the above-captioned statement is not my own. I am not a lawmaker, right? This is actually a shocking headline statement I woke up to on my favorite Newspaper on 16th December 2018, and like everybody else in Kenya (And beyond), it was shocking!

Members of parliament in Kenya, like in most other countries in the world are elite, and full of exposure on info all round, especially pertaining to their health and security. It is therefore expected of them to be well informed about the causes of many diseases around, cancer inclusive. Hence many of us believe that such elite leaders lead proper lifestyle from day to day in an endeavor to evade such diseases.

But wait. What is happening in Kenya?

The news hit us (common citizens) with the same shock children would see their strong father of a house attacked and killed by an invader! —We are dumbfounded and confused. We have Members of  Parliament as our strong fathers, but now a big fraction of them is under siege by cancer. They are endangered species as well! Who is going to lead us?

But Wait, This is The Worst for us:

The “Lawmakers” are battling cancer using their extensive resources in India and other countries with advanced health skills and equipment; what about us, — the poor common citizens? Aren’t we facing extinction even sooner?

Nonetheless, I salute the MP for being exceptional; many of his colleagues are fighting the scourge in secrecy, but he has come out. His decision to come in public is an eye-opener. It is a big step to fight cancer. — He has opened the eyes of many people who never knew that indeed cancer is as good as made mankind an endangered species.

The Look of The Brave Lawmaker

I actually took some time studying his face, and from the look of his face; with three creases cutting deep into his forehead, it depicts a brave man at war. Definitely he is not an ordinary man. He is an MP who is rattled and is determined to win the battle — not for him, not for Lawmakers, but for Kenya, and perhaps for the whole world.

Case # 2.  “Screening Will NOT and Cannot Lower Cancer Cases. Machines And Foundations Will Not Stop Cancer From Spreading! …”

This is not my statement either! She is also a Lawmaker, a former Kenyan Minister, and most importantly she is a cancer survivor. In her speech, articulating her findings and views on how best the cancer plague can be fought. In her public address full statement she says:

“It is our approach towards fighting cancer that fails us.” And she continued:

Still, in her address, the lawmaker hinted that her friend, a cancer survivor had been on treatment in India and reported to her that about 50% of patients in cancer clinics in India are Kenyans! “And sadly many of them don’t make back home alive. And this is the part of the story Kenyans are never told”

And, so you know what? I am one of the millions of Kenyan who cannot afford medication in India. And you guessed it right; I am very insecure.

Case # 3. “By the End of Century, Cancer Will Be the No. 1 Killer Globally and the Single Biggest Barrier to Increase on Our Life Expectancy”.

As already mentioned above, this statement originates from a very reliable source; the World Health Organization’s International Agency for Research on Cancer. For more info about the same, click this link https://edition.cnn.com/2018/09/12/health/cancer-rates-increase-worldwide-study-intl/index.html

Initially, I believed that it is my country, Kenya which is invaded by cancer, until I got up with this report which opened my eyes. Now I can see, it is not Kenya. It is the whole World. The whole human race — Mankind is an endangered species!

Solution Thing # 1. Teach People the Lifestyle That Will Keep Cancer At Bay.

My former Kenyan Minister, a cancer survivor said it well: “Screening will NOT and cannot lower cancer cases. Machines and foundations will not stop cancer from spreading! Screening is just getting people who are already sick with cancer…”

There are many people who got her out of context; the lawmaker is not opposed to screening at all! The fact is it is very effective and less expensive to teach people proper lifestyle to avoid cancer instead of only screening suspicious cases, and when a positive case is found it is as well as a death sentence because most people can not afford cancer medication and treatment.

It is also a fact that most people, especially from developing countries cannot afford even screening fees; not to mention treatment expenses which run into millions.

Therefore, every Nation must be aggressive in outreaches sensitizing its people about Anti-Cancer Lifestyle.

Solution Thing # 2. Ban All Substances; Food and Other Engagements Known To Welcome Cancer.

I suppose every country has the machinery to ban or cut down on the use of all food substances linked with cancer cases. Overconsumption of wheat products, red meat, refined sugars among others is well-known to bring cancer. But many governments never do anything in an effort to cut down their consumption or ban some of them.

Smoking is another thing which is one of the leading causes of cancer, yet has damn benefit to offer to the body. But people continue smoking and use tobacco substances even when it is clearly known to cause lung cancer.

Solution Thing # 3. Screening and Treatment for Cancer Should Be Made Affordable, and Free To People Who Cannot Afford the Expenses.

Many people shy away from screening for cancer because they know if diagnosed positive with it, it is definitely a death sentence for them because they won’t afford to pay for medication and treatment expenses. So they decide to rather stay till death. They feel it better to be diagnosed as a postmortem result than when alive and unable to treat.

Quick Takeaways from the Author —To Avoid Cancer.

Believe me; this kind of lifestyle will definitely reduce your chances of getting cancer drastically.

From every direction, from your local village, and from far away countries, cancer is on the rampage against the human race. Its effects; deaths and new cases are skyrocketing every day. Screening and treatment are way too expensive for most people. It is therefore prudent that we take the easiest and more affordable approach to stop cancer from making mankind an endangered species. The best way, (recommended) is to deny cancer a chance to knock at your door. Prevention is better than screening, treatment, and maybe cure. While every country has the task of creating awareness to its citizens on ways to avoid cancer, don’t wait for your country to announce to you what to do. Start with my “quick takeaways above”. You will be more than half-way safe.

I hope this article helped you.

I am the health and wellness Author, 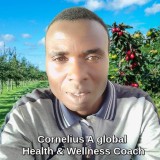